I am sitting on a bus as it eases its way through the countryside between Prague and Salzburg, Austria. We pass a thick green pond; yellow leaves catch a corridor of sunlight as they spiral down.

Prague has caught me thinking a lot about time.

This Tuesday, I stood wrapped in a hug with my two younger sisters, Jen and Michelle, for the first time in two years. Two years. I expected tears, squeezes, the rolling intensity of emotion. But the moment seemed so normal: Jen slipped, and we laughed. Our voices fit together as they always had, the same tones and shared aimless rambling, the same shreds of song passed through each person. 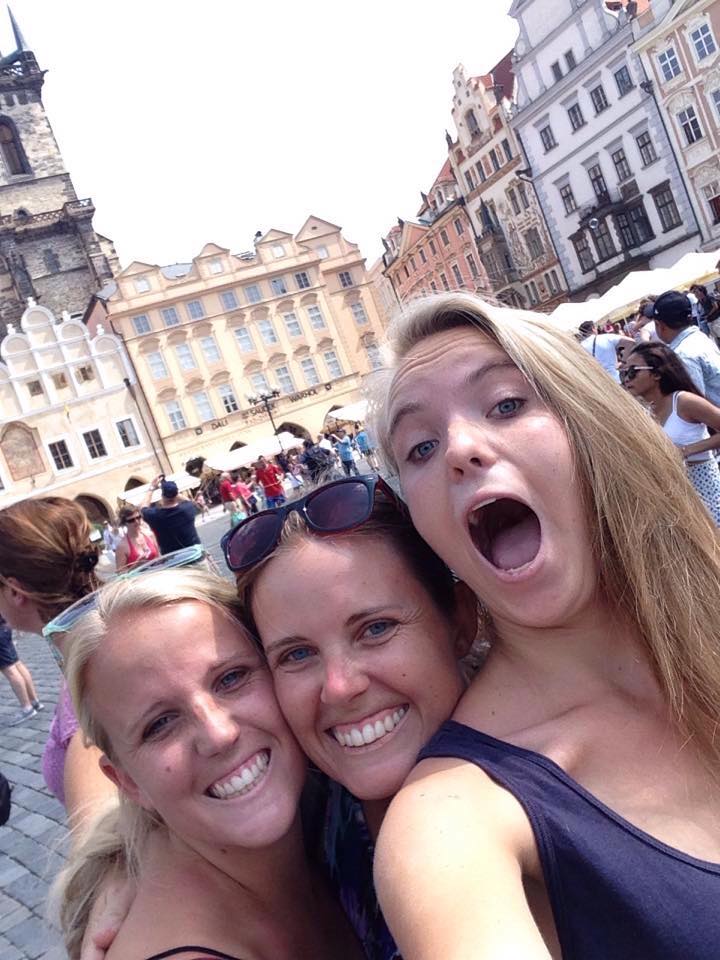 Two years had passed, three different people, and yet no time at all.

We walked through each other’s footprints down to the square. On the corner of the square stood a massive mechanical plate, ticking with spinning dials and one gilded sun. The Prague Astronomical Clock, I heard a tour guide say. I took a picture and moved on. 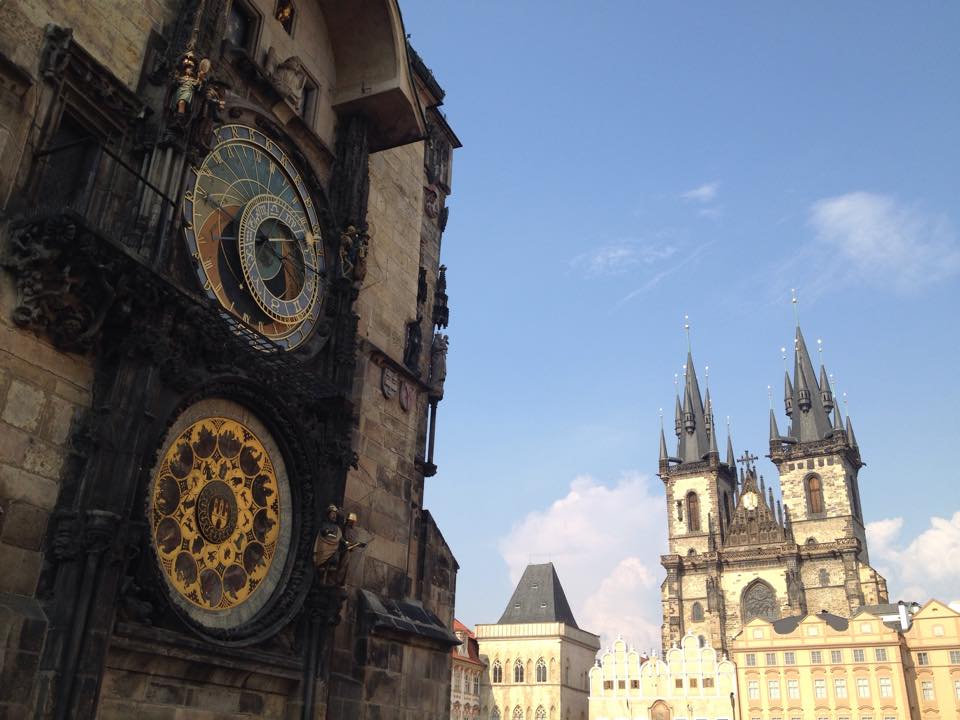 Back in the hostel I lay reading Abarat, by Clive Barker, which a very good friend had given me as a going-away present. In the book a young girl made her way through a world of 25 islands, one for each hour of the day, plus an extra island outside of time. Each island held that hour forever, in perpetual midnight, endless twilight, or constant afternoon. In every chapter a new extravagant set of creatures burst forth, blindingly original. It was time, not as structure, but as limitless creativity. Hours as imagined space. 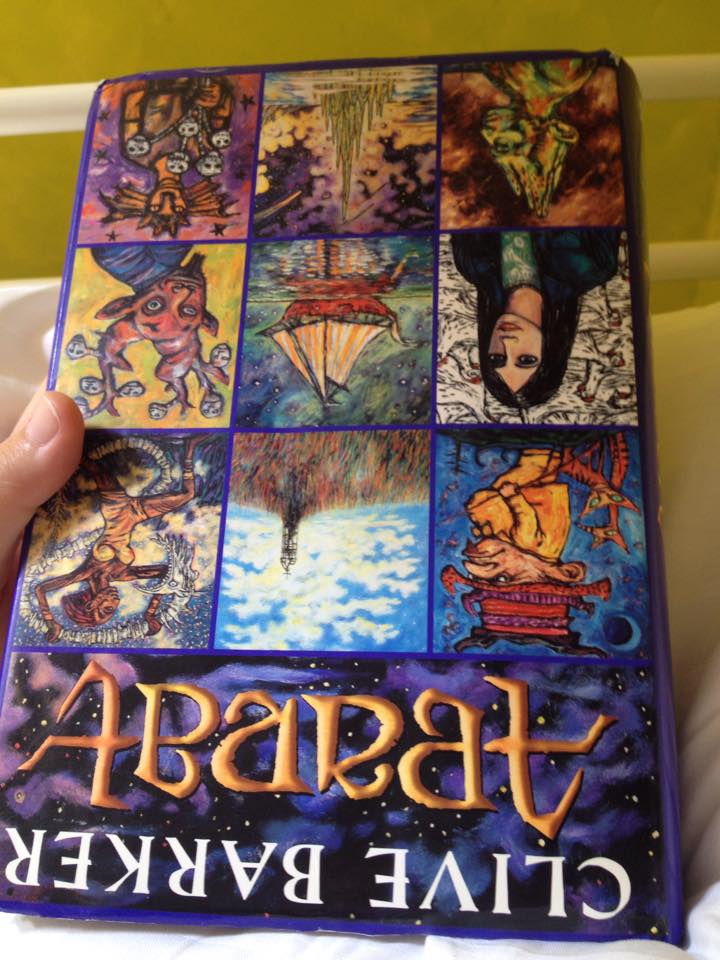 I pulled out my phone, and Googled the astronomical clock.

The clock face gave three types of time, the web page told me: standard Roman time, ancient Babylonian time, and ancient Czech time, which begins at sunset. It showed the sun and the moon in their positions of the zodiak. Showed the time of sunset, nighttime, sunrise, day, in rounded fields of color.

“Light,” an 8-headed character from Abarat had said. “It’s the oldest game in the universe.”

Four figures stood around the clock, one a skeleton that represented death. On the hour, he rang the bell, and the other figures all shook their heads together: not today.

There was something deeply human about that clock.

I looked at the intricate mechanisms on that plate, and wondered what ideas the person who had made it had worked into the metal. Was he afraid of the emptiness of time, trying to pin his place in the universe with as many names as he could manage? Or was he celebrating the mutability of time, the stories told, the glorious gaps between one reality and the next? And book-ending these questions, the powerful resilience of voices that say to their personal end of time, not today.

It didn’t really matter what the clockmaker of 500 years ago thought. Like with any art, sight becomes creation. I looked at the clock and saw a celebration of the creativity with which each separate pair of eyes sees the universe. The playful futility of understanding. The shared love of life.

Every person behind me in that square with their smartphones raised saw a different time on that clock. And there ticked its magic.

That sunset, we walked down to the river and watched the swans swim against the crusts of stone on the opposite bank. I sat near the riverbank and shared a very first cheers with my sisters, slowly learning the new and the same people we had become. 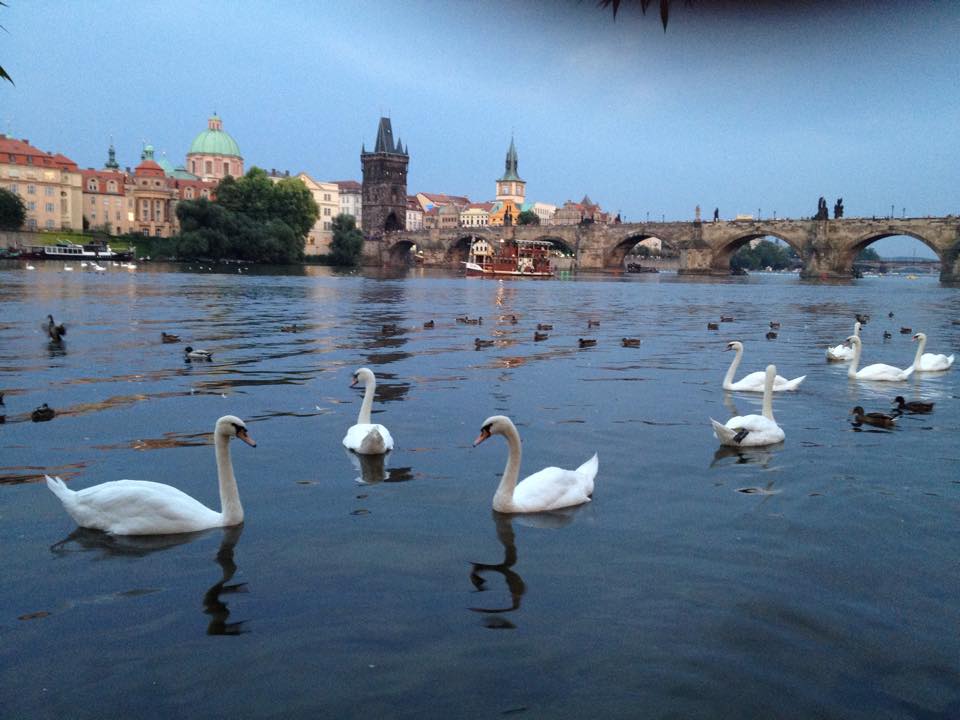 Daytime came framed by rooftops. By high, colored streets. By churches set against clouds, and found parks with mounted police, and the perfect picnic of bread, cheese, meat and beer on an island in the river, our feet dangling down the rock wall. 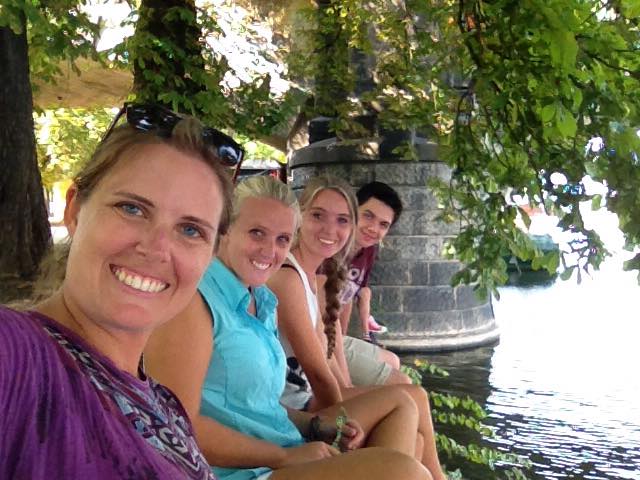 Last night, Jen suddenly dropped on her back on the still- warm pavement beneath the church of Prague castle. I followed, and then Michelle, and then the 16-year old, 6 foot 2 German kid we had picked up along the way. The church spires shone a liquid gold against the night we decided was more blue than black. A bat flew by. Michelle pointed. “Bats make me think of, you know…”

“Yeah,” Jen and I breathed out. But when we checked I was thinking of Stellaluna, while they both had pictured Anastasia. 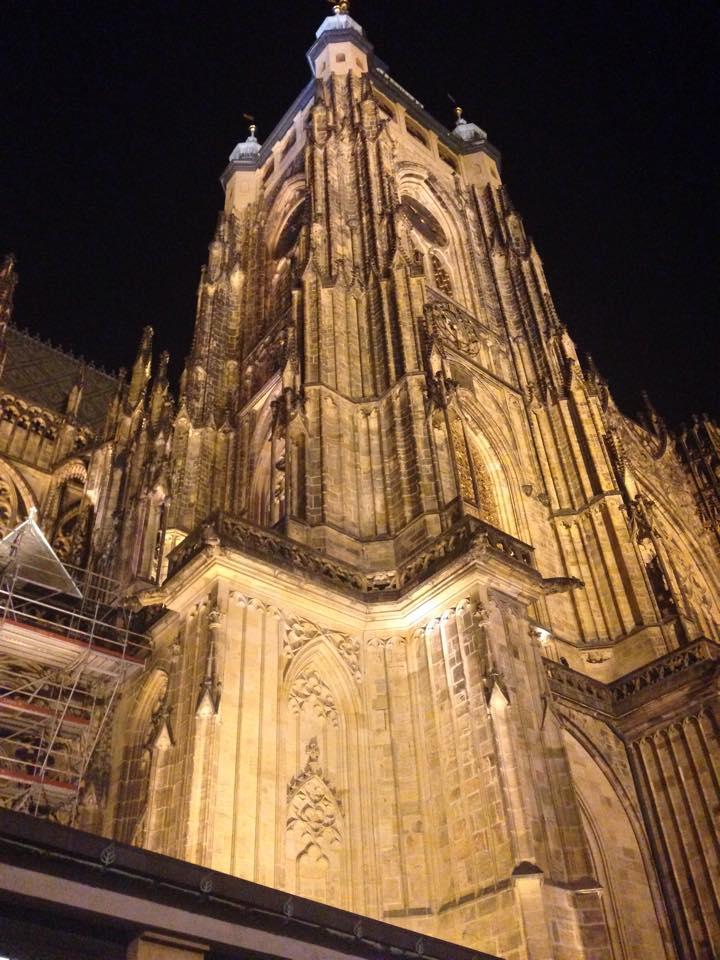 A cool wind hurried over us, and thunder cracked somewhere behind the warm stone. We stood up and wandered down the hill, feeling out the stories in the cobblestones.

And then came morning. 9:17 am, on a bus pointed toward Austria, ready to add a new city to our own round, ticking universes. 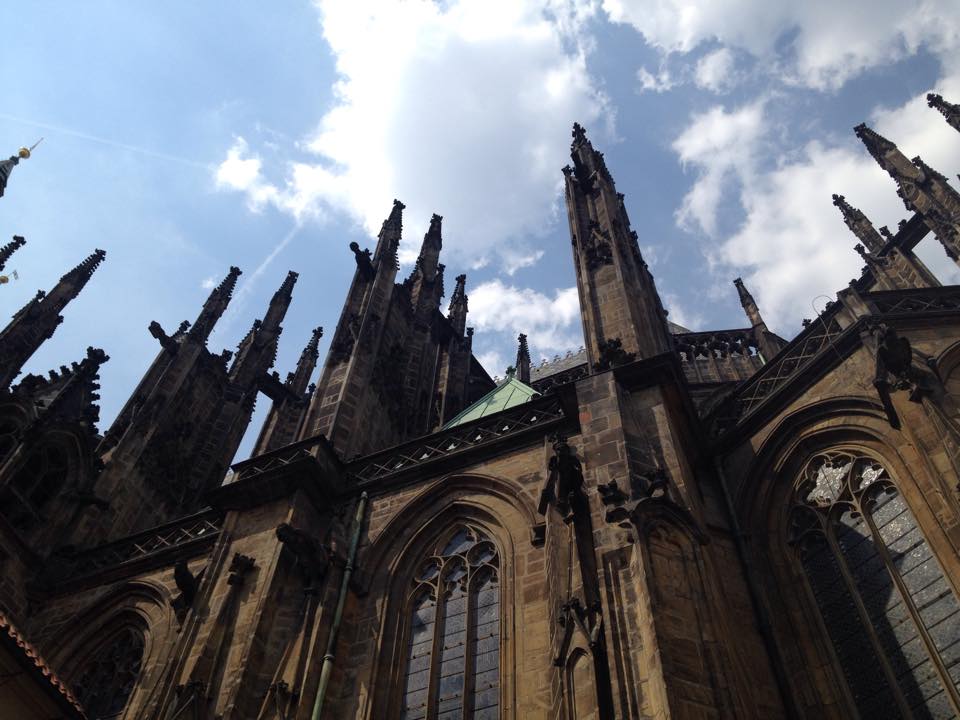