Growing up near the beach in Long Beach, CA, my first experience of the effect of rivers on the ocean came from my feet. Whenever I waded out into Long Beach’s pocket of beach down-current from the Los Angeles River, the precautionary shuffle of my feet on the ocean bottom usually surprised, not stingrays, but plastic bags that curled up around my ankles like wings.

The Los Angeles River serves as a gathering place for debris such as these plastic bags before they empty into the ocean, and the amount of trash fluctuates by year; according to a 2008 UC Davis report, 2004-2005, a mild El Nino year, saw 12,255 tons of debris reported in the Los Angeles River by the City of Long Beach, while 2005-2006 reported 2,591 tons. This week, as El Nino rains retreated to make way for sunny skies, I decided to follow a plastic bag like the one that wrapped around my feet as it continued its journey from the Los Angeles River out into the open ocean.

This question found me driving this Thursday to the base of the San Gabriel River to meet with Gwen Lattin, lead scientist of Algalita Marine Research and Education. I asked Lattin how heavy rains could influence the surrounding marine environment. Typically, she explained, storm drain inserts would catch large debris, allowing street sweepers to collect plastic bags, bottles, or cups before they reached the ocean. However, when water flow reached a certain level, the force of the water released an opening mechanism on the inserts, thus allowing debris to wash into the river. 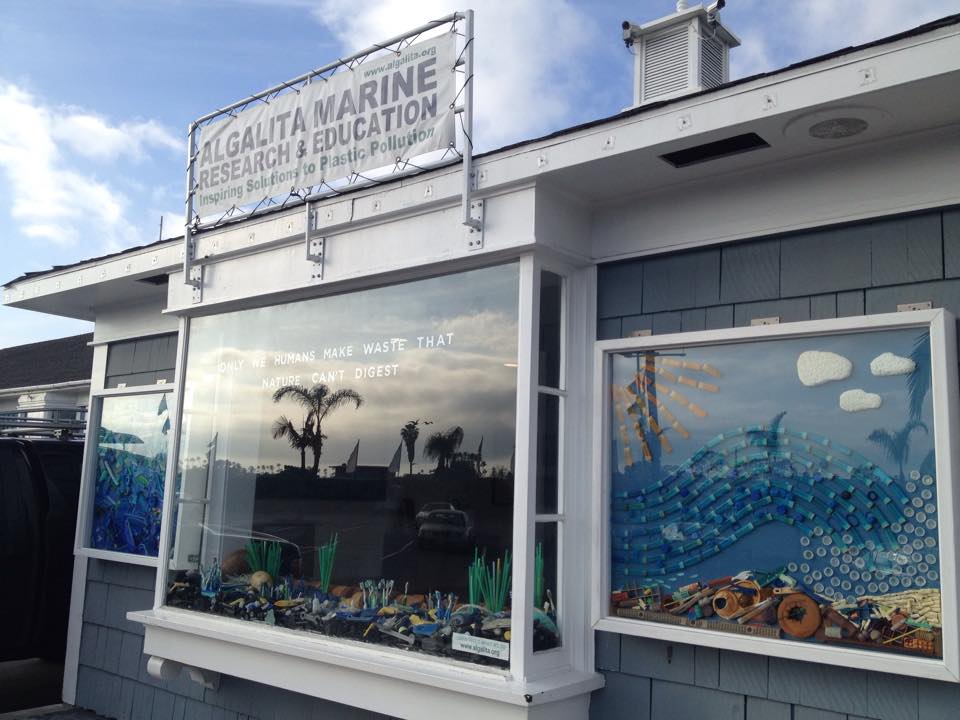 Along with the plastic came toxins, and I asked Lattin what forms these toxins could take. “Anything that comes off the roadways,” she explained. “Brake pad lining, the oils from cars, any of the toxins people have been using for their yards, pesticides.” These toxins absorb into the plastic, accompanying it in its journey through the ocean.

In addition to toxins, each plastic contains unique chemicals that can leach out over time. These chemicals, Lattin explained, are specific to the manufacturer, and can include coloring agents, reactors, additives, or chemical aids used in the process of molding or blowing the plastics. These chemicals are largely unknown, she emphasized, as is their impact on the marine environment, since their role in the production process classifies them as a trade secret.

Once these plastics, carrying their loads of toxins and chemicals, enter the ocean, their paths vary. Debris from the Los Angeles River might wash into the Golden Shores Ecological Reserve or become trapped in the Long Beach Harbor; “It doesn’t get flushed out easily,” Lattin says of this debris. Eventually, however, bits of plastic might be pushed by an offshore wind into the major ocean currents and so begin a trip around the North Pacific Gyre. Models from NOAA predict that it could take three years for debris to travel “coast to coast” across the Pacific Ocean, but Lattin emphasized that this figure could vary widely.

Once plastic from the river enters the ocean, it begins a long process of decomposition. This process can occur at very different rates: “We found whole floating laundry baskets that look like they are relatively new, but they have coral on them, so you know that they have been out there for a long time,” Lattin said. Eventually, however, through the wear of ocean waves and photo degradation from the sun, the plastic breaks down until it exists in the form of microscopic polymers. I asked Lattin the final fate of these plastics: “[they break into] smaller and smaller particles, as molecules of plastic,” she answered. At this point, the plastic cannot be broken down further, and remains in the ocean in this state while continuing to absorb toxins or leach chemicals.

I asked Lattin what hazards these plastics pose for marine animals. The danger, it became clear, permeates every level of the food chain. Smaller pieces of plastic are ingested by small organisms, and as those organisms are consumed by animals higher on the food chain, the plastics accumulate. When larger predators (including humans) consume their food, they then consume the entire mass of microscopic plastics present in that animal, including the plastic that had been present in all of the animals the prey had previously consumed. “If [the plastic] is absorbing toxins [the toxins] will work their way up the food chain, concentrating as they move up,” Lattin says, furthering the scope of the damage.

Fish, Lattin told me, were also affected by plastic that had come out of rivers. Plastic present in the bodies of fish could alter their buoyancy, which could affect their ability to migrate up and down the water column as part of their daily cycle. When locomotion became difficult, the reproduction cycles of these fish would suffer. Ingesting plastic could lead to an impacted digestive system, and larger pieces of plastic could puncture the animal’s intestinal tract. “There’s also the ingestion problem of the plastics, as well as of the pollutants that are being absorbed to and from the plastics,” Lattin added.

Ramiro Barbuzano, Education Coordinator of the Pacific Marine Mammal Center, an organization which rescues seals and sea lions along the California Coast, said that she sees plastics such as those from the Los Angeles River directly impacting marine mammals. Stranded seals and sea lions rescued by the Pacific Marine Mammal Center will often have quantities of plastic present in their stomachs, a situation Barbuzano connects to sea lions mistaking plastic bags for squid. These plastic bags will then clog the sea lion’s digestive system, forcing them into slow starvation. This malnutrition accompanies injuries to seals and sea lions from fishing line, some of which may have originated in rivers such as the Los Angeles River.

In summary, then, plastic bags such as those which I witnessed while wading in Long Beach will enter the Los Angeles River from storm drains, carrying with them any absorbed toxins or native chemicals, and enter the ocean where they will break down into smaller pieces to negatively impact organisms at every level of the food chain. A rainstorm over the Los Angeles River thus begins a long-term chain of reactions which can reach all the way to the other side of the Pacific, harming organisms at every level of the food chain.

What, then, can we do to help? The first answer is simple: use less plastic, and keep what we do use out of the ocean. Recycle plastics, and take a few minutes to pick up any plastic debris you might see on the street, at the beach, or along rivers. The Los Angeles River deposits a vast amount of debris into the ocean, but every piece of plastic that enters the ocean starts that journey because of somebody’s decision. It only takes one plastic bag to starve a sea lion. 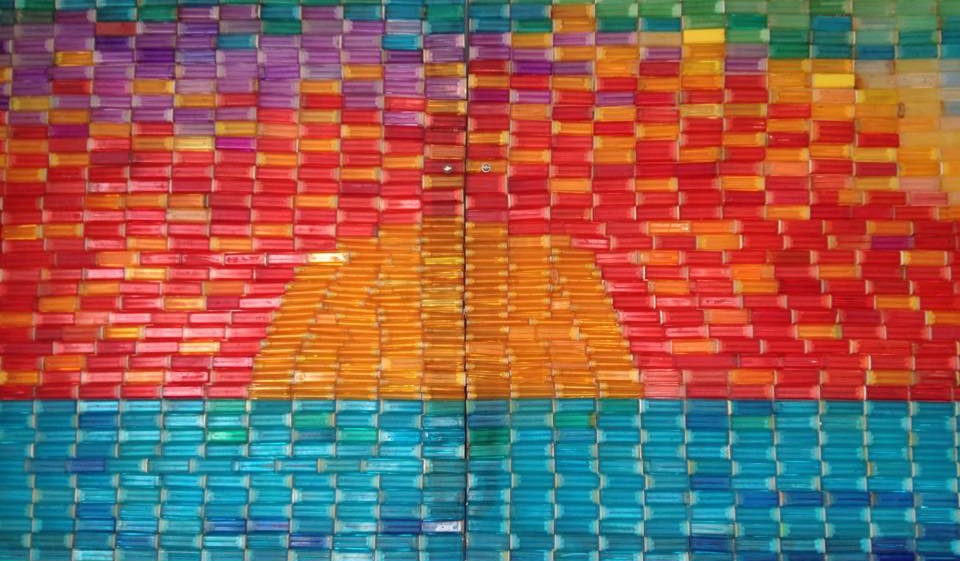 The second answer is more long-term. There is a reason that Algalita’s name lists “education” alongside “research,” Lattin says: Research is nothing unless it goes somewhere. That is what Algalita aims to do: to re-define the public’s view of plastic by showing and sharing that plastic is not inert, but has the potential to alter environments in a negative way unless it is stopped.

But this story has a positive side as well. If every piece of plastic that ends up in the ocean is a decision, then that also means that every piece of plastic that stays out of the Los Angeles River is a decision as well as a victory. We have the chance to fill our lives with those victories. The plastic bags that wrapped around my feet as a child aren’t a failure; they are an opportunity. An opportunity the Los Angeles River and the rest of the Pacific Ocean are waiting for us to take.

2 thoughts on “After the LA River: The Journey of a Plastic Bag”