A surprising thing happened when we woke up in Frogtown this morning: we found ourselves beside a river. Not the river we had followed yesterday, which awed me with its oddity and imagined space, but an honest river, with trees and rapids and ducks. The oddest thing of all was that this was the same space, and the same water, these trees held within the memory of the concrete river below. 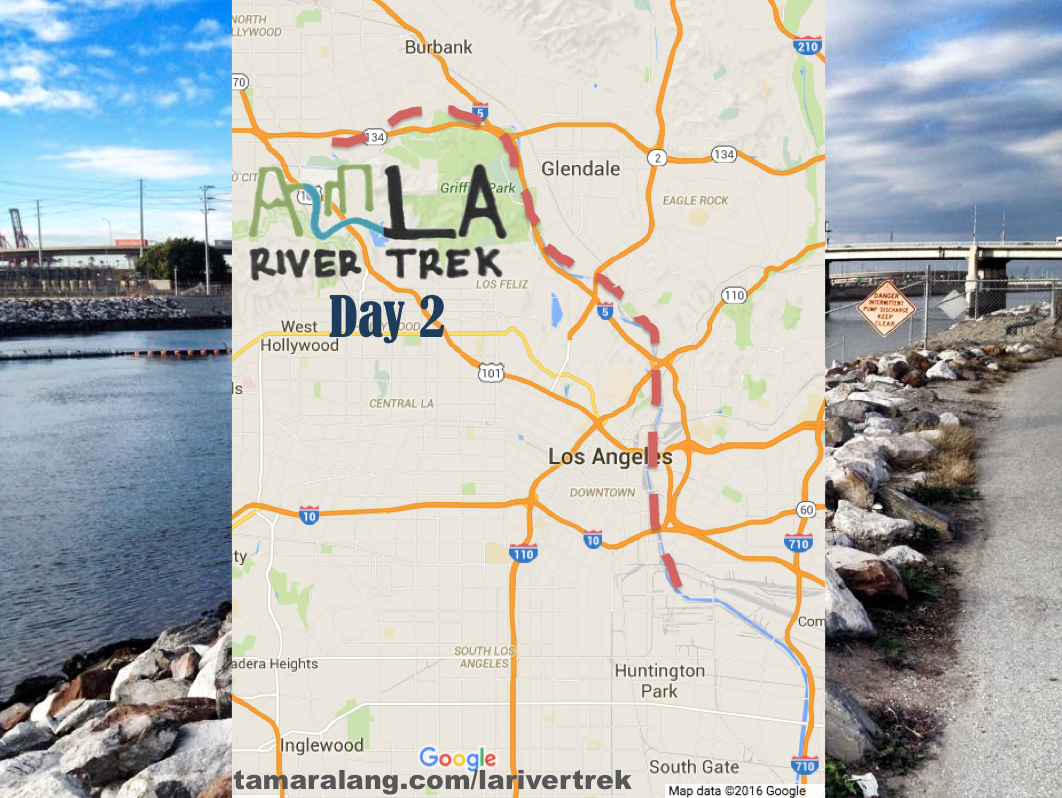 Yesterday, we had explored the river itself; today, I wanted to learn more about the community. With this in mind we planned to cover very little distance, but fill that distance with lots of quality time.

The day started with coffee in Frogtown as Julio fried up the leftover carne asada from the night before. I liked Julio; he was a fascinating person to spend time with, and hence the reason that something like couchsurfing existed. He had told us the night before about his relationship with the river, and now we were primed to see it for ourselves.

We rode off just and waved goodbye to Julio, as he headed down to Tijuana to see his dentist. “I like this neighborhood,” I decided out loud to Glenn, as we turned down the street and passed a community garden. The houses felt like homes, not just facades. Bikes sat in front yards, and I guessed that they well acquainted with the pavement of the river trail.

A handyman looked up from the back of a truck. “Riding the river!” he said, and gave us a smile of approval.

The end of a street opened up, and we rode out onto the river trail. Bikes buzzed past us. On our right the channel dropped down into the shelter of trees, but I couldn’t see past them to the water below. Bits of trash from the last rains hung stuck in their branches. This part of the river wasn’t pretty; it was lovely, precisely because it was loved.

The Frog Spot by Friends of the Los Angeles River sat off on to the side. A fence opened up on our left; inside sat the Spokes Bicycle Café, where cyclists left their bikes outside to drink coffee and cold drinks. Inside the walls were hung with bicycle wheels, and flowers sat in coke bottles. A hanging for an art exhibition along the LA River sat off to the side. I rode past the sign, slowly, as Glenn stood in the river channel snapping pictures. 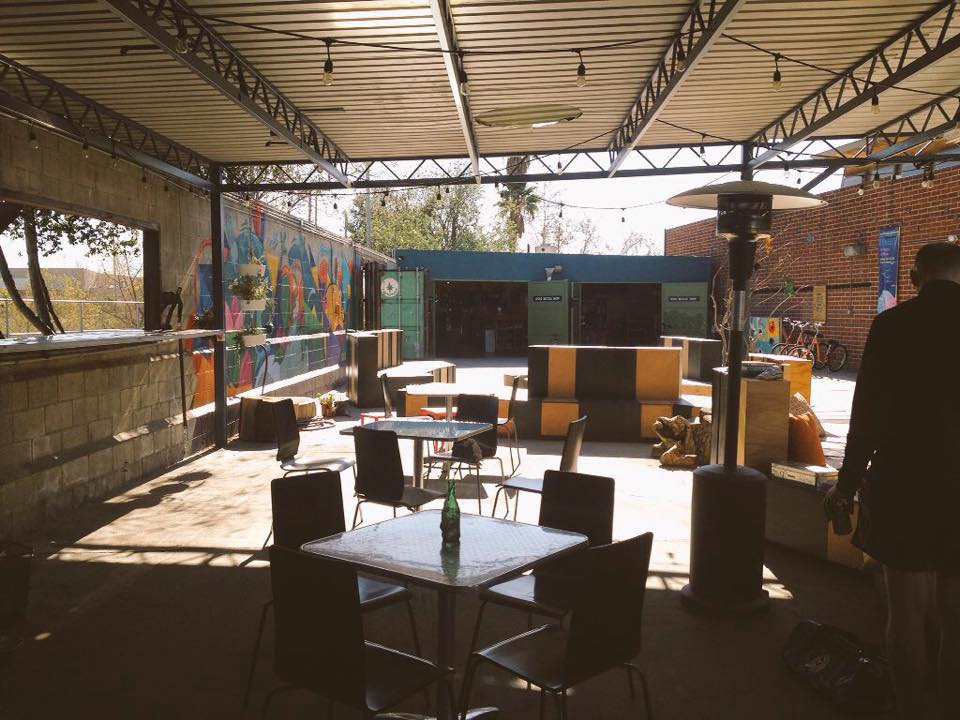 Then the river shifted towards us, and showed itself as a river. White boulders studded the path of the water, their rapids sealing again into the golden clarity of sand as seen through water. Just past a bridge a family sat on a rock with their fishing lines extended.

As I watched them from the shade of the bridge, the sound of cars overhead shook the air beneath the bridge. Sight belonged to the river; hearing belonged to the street. I felt divided between two worlds. The feeling was strange, but the strangest part of all was the smoothness of their synthesis. This river and this bridge and the family below formed a single space, a single river.

“It’s strange. We’re in LA, but this does not feel like LA,” Glenn said as we rode.

We turned off on the Hyperion Bridge and entered once more into the fractured sounds of city streets, heading into Silver Lake towards the home of our couchsurfing host for the next night. We found the house and met Mike, a scientist who lived near Silver Lake and worked near the Arroyo Seco tributary. We sat for a while, talking about dogs and and El Nino, until he and his friends headed off for brunch and a hike and we returned to the river.

It took us a while to find the river again, but once we had walked behind a soccer field and over an overpass the river trail opened up before us, filled once more with bustling cyclists. The bike path was closed, however, so we crossed the bridge and climbed over a wall of sandbags to walk along the river below Griffith Park. Once more, I was surprised at the natural feel of the river. A man practiced fly-fishing below, and cars on the freeway above just showed through the trees. Above us Griffith Park sat domed like the rapids below.

Glenn and I sat on a bench eating trail mix, debating whether or not to take this day along the river or out into the wider watershed. Ultimately, the watershed won. We crossed a bridge and walked far too many miles to the entrance to Griffith Park, the site of the hills whose rainfall ran down into the river below.

On the trail hikers moved up towards the full spread of the Griffith Park Observatory, set on a hill carved by rainwater into a network of streams baked by the sun. The city of Los Angeles sat below, and the Hollywood sign crowned the hills to our right. This was one corner of the Los Angeles Watershed, just as the river below, and it felt beautiful to see a space that was both so natural and so loved.

I finished this post on the terrace of the Griffith Observatory, looking out over the Los Angeles Watershed, as an alien in a silver jumpsuit and neon green cape posed for pictures with her Aliens and Asphalt group. The sun had just set, and the city lights emerged out of the studded streets. This was the land, all of it, that the Los Angeles River carried between its banks. Rain with the memory of these streets would run down through those trees, across the flatlands of the lower river, and out into the ocean.

This was our river, but the story was wider than the river. The watershed is life, and land, and connection, and that is what Los Angeles gives to the river: stories. Stories of Julio, and Mike, and the handyman in the car, and the barista in Spokes and the alien on the terrace. Stories that run like water, streaming towards the sea, coming together to make something beautiful.

And this is how the river carries us.