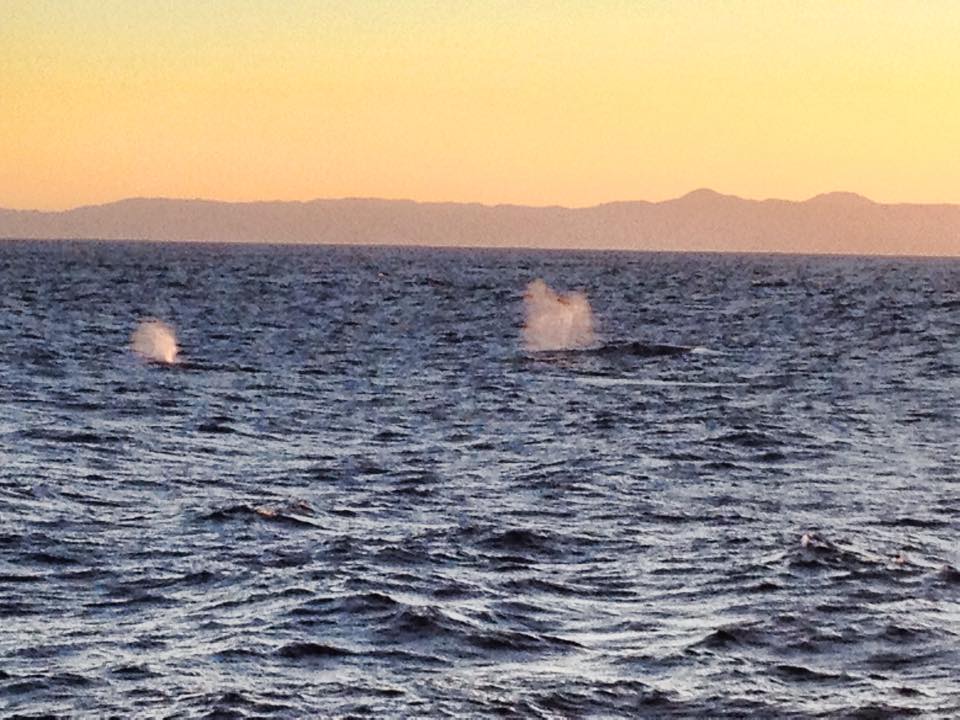 “So, what do you…do?”, the woman in the office asked me, her voice pausing before the breadth of the word “do.” I could read confusion in the tilt of her smooth hair.
I sat across the desk in the collared shirt I had just pulled from my closet, blinking through the mascara that I only wore when I wanted something, with a flyer reading “LA River Trek” on the table between us. On the flyer, my bio picture gave a thumbs-up to a fish while reclining underwater. That wetsuit looked so comfortable.

Between us sat the fullness of the project I was describing. The same sentence had followed me all afternoon: “This February I will bike up the Los Angeles River and through the city, then hike out into the hills, in order to bring awareness to what it means to live in an urban watershed.” I had said that sentence at least fifteen times in the last hour, to banks and hotels and convention centers, and I had been honored by the enthusiasm that every person had shown. This project was something I believed in, and I could see that it filled a gaping need in the public’s perception of our watershed. It had felt good to talk, as I walked from glass door to glass door I knew that this was exactly what I wanted to be doing.

That was why the woman’s question felt so jarring. Her office was neat and spacious, with a minimalist feel softened by sea blue. A window looked out across the bustle of the financial district. What did I do. I watched her try to shape words around the gap between our lives.

What she was really asking was what I was paid to do. That answer was simple: as a part-time deckhand on a whale watch boat, I tied cleats, kept the boat clean, and looked for whales. I arrived at one time, left at another, and was paid for the interim.

But that job description was like the water, and under its surface an entirely new world moved. My paycheck had nothing to do with the way Pacific white-sided dolphins wove through water so still that I couldn’t tell where the air began. Nor could my overtime account for the full silence of scanning the horizon for the spout of a whale that had been under for thirty minutes. Or the steady, solid rise of a gray whale huffing its way down the coast and leaving behind a trail of glassy fluke prints that, if the wind hadn’t erased them, would run all the way back to the rich waters of the North Pacific.

What I had been paid to do before that was to work in a classroom in Korea, but the colors of that time did not come from the classroom but from the coastal roads, and from the underwater classrooms where I learned to dive with the ancient haenyeo.

Before Korea, what I had been paid to do was to stand in a lifeguard tower for forty hours a week and stare into the language of the ocean. When I think of those memories, they sit heavy with a golden light on the water that outweighs any paycheck.

I went to a writer’s group this week, and the leader told how somebody had asked her earlier that day why she would possibly spend so much time running a writing group that didn’t pay. With the flyers for the LA River Trek still in my purse, I understood.

What do I do. When I ask that question to myself, without the mask of mascara, it becomes an entirely different question. The answer is as varied as every moment: I wake up in the morning, and I am alive. I am conscious. I walk between a sky that brims with galaxies and a continent that floats on fire, and I see and I feel and I love. I ride my bike and measure distance with my muscles; I walk onto the dock and relish the practice at being the best person I can possibly be. I share oxygen with dolphins. I learn new stories of false killer whales. And then I clean the bathrooms, one more time.

But it is in the moments that nobody pays me that I do what I really do. Each morning, I wake up and I write. And on the days when nobody pays me, I get up, and I put on mascara, and I visit and call and email and network in order to reach as many people that I can with the message that this is our world, this river is our river, and this story of water is the story of life. What I get is not a paycheck, but the image of a distant egret indistinguishable from a Styrofoam cup. In that image is not an answer or amount, but a question, which is ever so much more valuable.

And in February, what I will do will be to climb onto a bike beside a friend, and follow the Los Angeles River all the way until it disappears into the hills.

“What do you do?” the woman in the office asked. I knew what she meant

3 thoughts on “What I Really Do as a Deckhand”