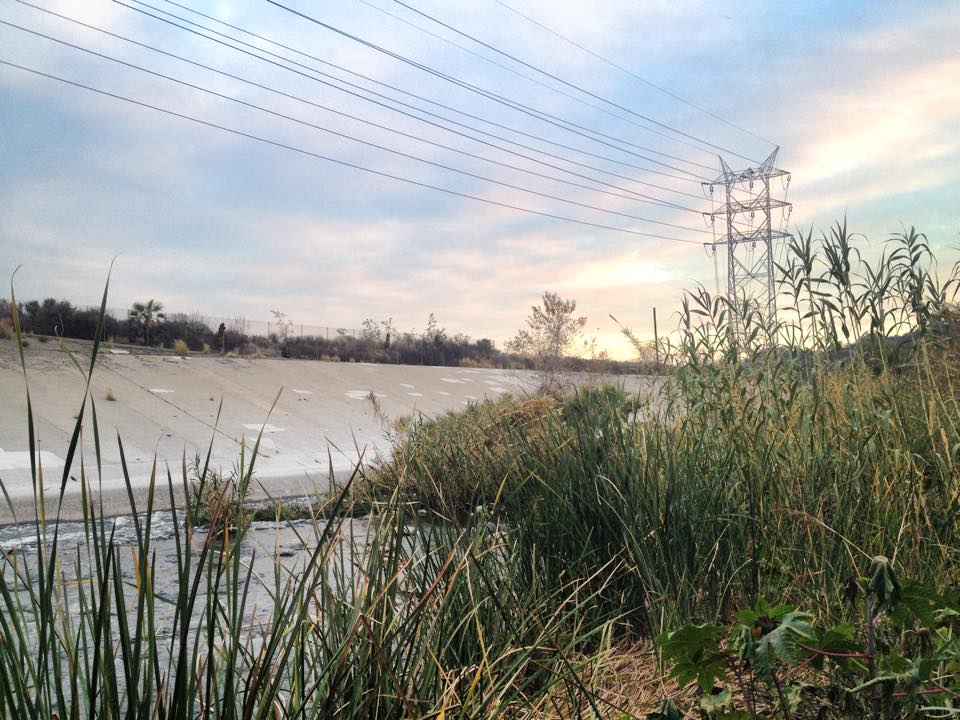 “I couldn’t even see the lane dividers on the freeway,” my sister told me, still shivering, as she dripped rainwater onto the living room floor on Wednesday night. She had just come in from the densest moments of this week’s El Nino storm, the worst of the season, which had dumped 2.5 inches of rain on downtown Los Angeles over the course of four days. 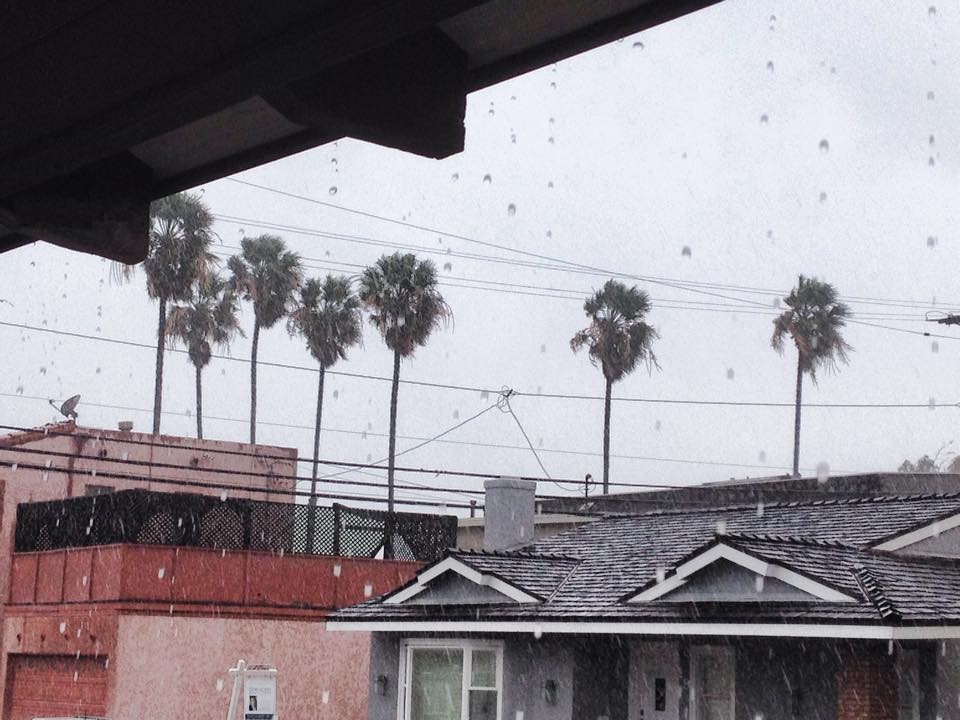 Four miles away from our living room, the Los Angeles River was emptying a region’s worth of accumulated side-street floods into the dark ocean. The Los Angeles Times recorded that, at 3:00 pm, the flow had reached 18,434 cubic feet per second at South Gate. As night fell, the coastal rainfall had only increased.

To understand the story of that river, we must look back one hundred and ninety springs ago to 1825, on a day that makes Wednesday’s storm seem idyllic.

Once upon a time, in a land not so far away, the Los Angeles area was defined, not by a river channel, but by a porous network of freshwater wetlands. The Los Angeles, San Gabriel, and Santa Ana rivers meandered across the plains, rarely reaching the sea. Sycamore, ash, cottonwood and alder forests alternated with low-lying marshes. Biodiversity was at a height, and the Tongva tribe lived off of the largess, while El Pueblo de la Reina went about its business on the site of modern-day Olvera Street.

Then, one spring night in 1825, a rainstorm came and changed the texture of Los Angeles forever. John Crandell, in an article for the Los Angeles Times, describes how a storm high in the San Gabriel Mountains created a mass of water that rampaged along the course of the modest Los Angeles River, catching occupants of the pueblo and Tongva settlements by surprise, and gouging a channel through soft wetlands and forest all the way to a new lake atop modern-day Carson. When that lake drained into the San Pedro Bay, pulling both wetlands and groundwater with it, the present-day Los Angeles was born. 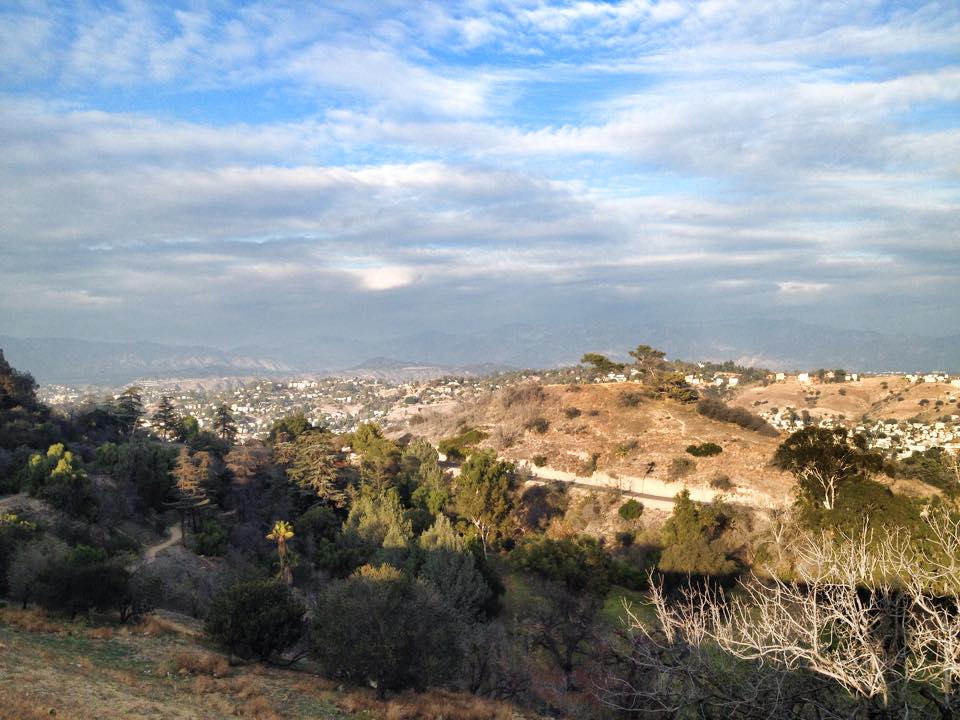 Instead of a matrix of marshes, the river now formed a channel that ran from the San Gabriel Mountains to the San Pedro Bay. This was one of 9 times that the course of the river would change before 1938, when a devastating flood spurred the creation of a concrete-lined channel in an early attempt at flood control. Today the course of the river remains locked into its route, and the City of Los Angeles is hard at work to beautify that space while improving the river’s capacity for flood control.

But the most interesting aspect of the Los Angeles River today is that it exists beyond the times of flood. This is not merely a funnel for water that emerges in times of rain, but a resilient and powerful ecosystem far older than the city above it. The water pouring into the Pacific Ocean Los Angeles River will have slid down waterfalls high in the San Gabriel Mountains where salamanders shelter, pooled in the shade of willows and sycamore in the Glendale Narrows, and rippled over juvenile fish in the oceanside estuary.

When I mention that I plan to bike and hike along the Los Angeles River and tributaries for the LA River Trek, I can sense the conversation sliding into a course as predictable that of a concrete river. “I never think of it as a river,” I hear people tell me, their reactions massing like raindrops.

I know exactly what they mean. Growing up in Long Beach, I first came to know the river as nothing more than a flash of water beside the 710 freeway. “This used to be a river with trees,” my mom explained, as a younger me leaned into a minivan window to try and see beneath the bridge, “but then they filled it with concrete.”

But when I returned after two years in South Korea to find a California whose words sat dry with the sound of drought, I started to question the assumption that the Los Angeles River had no value. Drought hung on everybody’s words like a dry taste, but those same conversations skipped right past the long swaths of water that ran alongside the freeways. Water was a topic for elsewhere, I saw, a thing that we were incapable of creating. Water was what moved from the kitchen faucet; it was not the blue of the Los Angeles River huddled beneath the 710 freeway.

I came to understand the subtext that the Los Angeles River was a place that I was supposed to look past, so naturally I dropped everything to understand it. What I found was not desolation, but resilience. Trees growing between concrete banks. Herons in the shallows. Mountains colored above the dusky gleam of their own massed water.

Rains come and go, the river rises and falls, concrete builds and collapses, and the ecosystem continues to shift through the constancy of its evolutions. The most permanent aspect of the river is the paradoxical consistency of its state of change. Even in its altered state, the Los Angeles River cups jewel-like moments of natural beauty.

And this is the true force of the river, more devastating than any flood: beauty. The beauty of resting birds, of sheltered frogs, of raindrops on cloud-gray water. To admit the river as a natural space is to admit that we have changed it as much as it has changed us. The river built Los Angeles, and Los Angeles built the concrete banks; our stories are intrinsically linked. Today more than ever, we have the chance to craft our own concept of what that means.

This is why I have dropped everything to build the framework for the LA River Trek. This February 5th I will bike up the river and hike out into the hills, seeking to understand the watershed as it exists as a whole. I can no longer live in a land carved by water without understanding the force that has created my home.

And that potential for knowledge, greater than any flood, is the true power of the Los Angeles River. 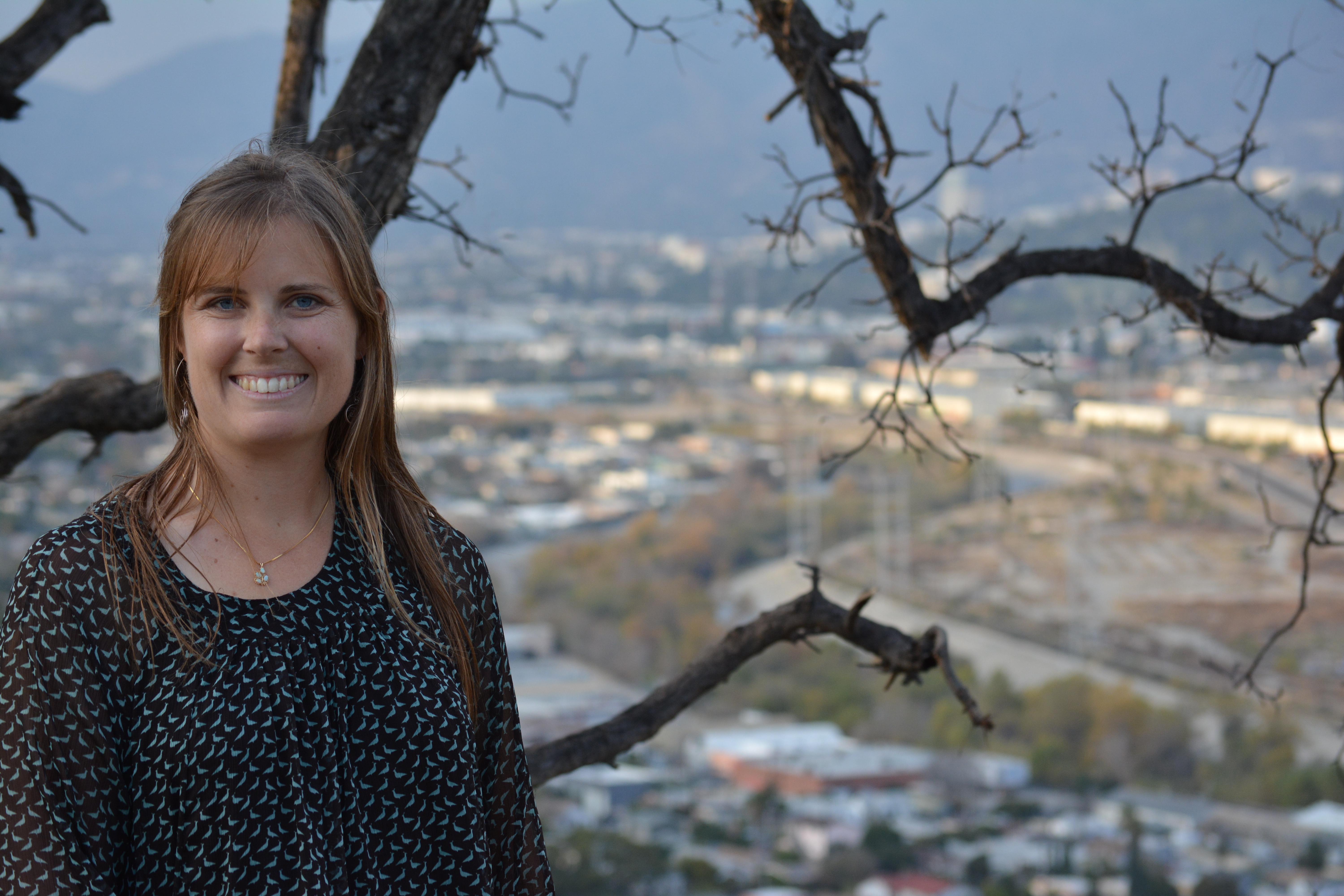 Follow as author Tamara Lang and photographer Glenn Lewis traverse the Los Angeles River from February 5, 2016 for the LA River Trek, then join in Long Beach on February 27th for a Rain Day Watershed Fair and Photography Show. More information at tamaralang.com/larivertrek.