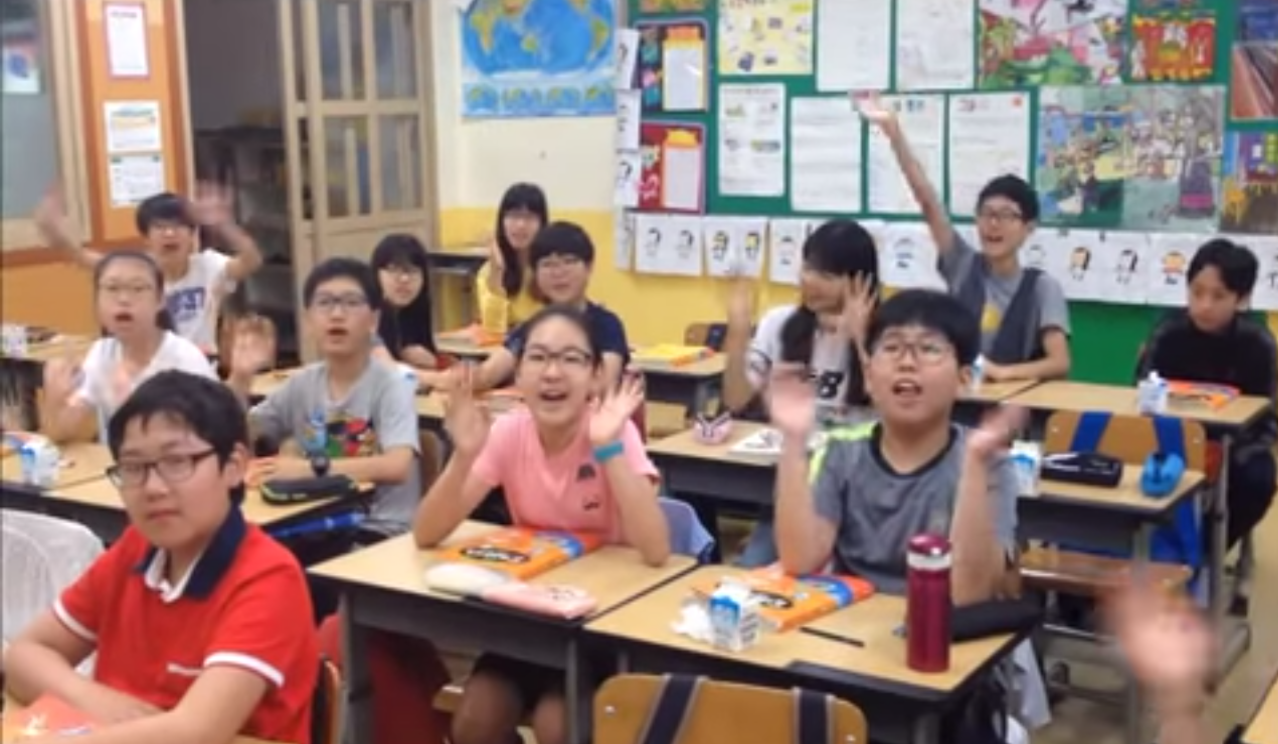 As I mentioned in my most recent post, my sixth-grade students spent their last lesson thanking people in different countries who make the world a better place.

In this lesson I gave each class a choice of who they wanted to thank: Malala Yousafzai, or the Uruguayan president Jose Mujica.

Many chose Malala, and you can see their video here.

And many chose Jose Mujica.

Who is Jose Mujica?

“Are most presidents rich, or poor?” I asked my students.

Do most presidents live in a big house, or a small house?”

“Well this is Jose Mujica, the most recent president of Uruguay,” I told them, “and this is his house.”

I clicked to the next slide. A modest cement-block house appeared, and in front of it a kindly man waved from beside his two dogs.

I went on to explain that he gives 90% of his income to those in need.

Jose Mujica: The world’s poorest president. And a good person to thank.

(I didn’t fully go into the extent of the progressive direction he’s taken his country, due to the conservative nature of Korea. But hey, any politician who manages to legalize both marijuana and gay marriage is a pretty cool human.)

I promised my students that I would send this video towards Jose Mujica, but I’m not entirely sure how to do so. If you have any ideas, please comment below!

Any ideas on how I can send this video towards Jose Mujica? Do tell!