Twelve days ago, my plane dropped down onto the tarmac of the LAX airport. The sky was clear as we landed. Houses aligned like Legos. On the horizon, mountains stood blue and distant, their silhouettes crisp against the empty sky.

I knew almost nothing about those mountains.

“This is weird,” I said, but I couldn’t explain why.

It had been two years and three months since I last stood on American soil.

We met Mom and Jen outside, and hugged, and took too many pictures, and ate deliciously terrible nachos, and went to sleep in the same beds where we had slept in middle school.

I didn’t go to see the ocean that night.

We woke up early, and spent one day drinking peppermint coffee and solidifying our presence with short, hot showers and thick bathrobes. By the next day, we were standing in a conference room in the Disneyland Convention Center, smiling brightly, handing out t-shirts for runners in the weekend’s Avenger marathon in hopes of getting free Disneyland tickets.

Families on either side of me talked brightly about homeschooling. A volunteer coordinator told us the proceeds would benefit the families of Marines. A booth selling sparkly running shorts advertised that it created American jobs. The room was vast, the voice on the loudspeaker impossibly happy, the cars in the parking lot huge. The presence of Mickey permeated the room. Afterwards, family members talked of plans to volunteer for the Republican party.

“This day is as American as it could possibly be,” I whispered to Michelle, halfway napping and halfway hiding.

For the first time I noticed how vast the sky is over California. Vast, and bone-dry, and so empty that everything below lies open and exposed. Our flat species retaliates, building facades of cheeriness, trying to take up as much space as possible because the sky, the sky is everywhere, the sky shows everything, the sky has no wrinkles from which you can pull it down, wrap it around like a blanket, nestle into the smoothness of being a part of a place. The sky in Los Angeles is viciously honest.

At the thin edge of land, the buildings look so small. The strip malls so lonely. The streets and their traffic so blinkingly empty. “This sky is just too much,” I tried to explain to my mom as she drove the minivan to Starbucks, and she nodded graciously.

I still had not gone to the ocean.

The next morning, when I woke up at 6 am, I threw on a hoodie and walked down to the bay. Morning sat still on the water. I walked out to the seawall, and took a seat, and looked down into the shifting tide. Masses of water met like pillows, dimpling off in slow spirals. What distinguished them, I wondered – tide, or salinity, or temperature, or something else? A school of fish flashed below, disappeared, but the surface of the water held its secrets in soft, shifting ripples. Ignorance came with cool relief. I sat back into the new sun, not allowing my dangling toe to change the water.

Days passed. I spun out slowly, expanding into sunset drives, and job interviews, and coffee shops, and new writing strategies. Meanwhile the unusual clarity of the water worked its way into my mind, until finally I sat behind the driving wheel of a collapsing mustang convertible, headed towards Laguna Beach, a wetsuit and diving mask in the back seat.

Michelle and I walked out onto the beach. We dropped our towels, pulled on wetsuits, and waded out through the clear water. Fish clouded, and we swam out past a bottom wrinkled with worry lines until the reef rippled up from the ocean floor.

Suddenly there was color. Bright orange garibaldi hung above the purple algae, their juveniles flicking past in specks of fluorescent blue. Spectacled lobsters peered from crevices; sheephead derped above. Young kelp poured back and forth, long and lush, swirling like long hair.

I realized I had almost forgotten the color of kelp; gold between the sun, ridged and wrinkled, lined with edges imperfect enough that you could wrap your mind within the maze-like contours. It was attainable space, three dimensions of fingers stretching into merciful vastness. The natural embodiment of everything the world above was trying to create.

I dove down, and turned. Above me the water rippled without sound. I lay still, rising up through bubbles sphered in light. Above me my yellow fins reflected against the underside of the waves.

I drifted up, broke the surface, let the water slide past my scalp to seal behind my ears. This was my home: this transversal of barriers. This reflection from another way of life. 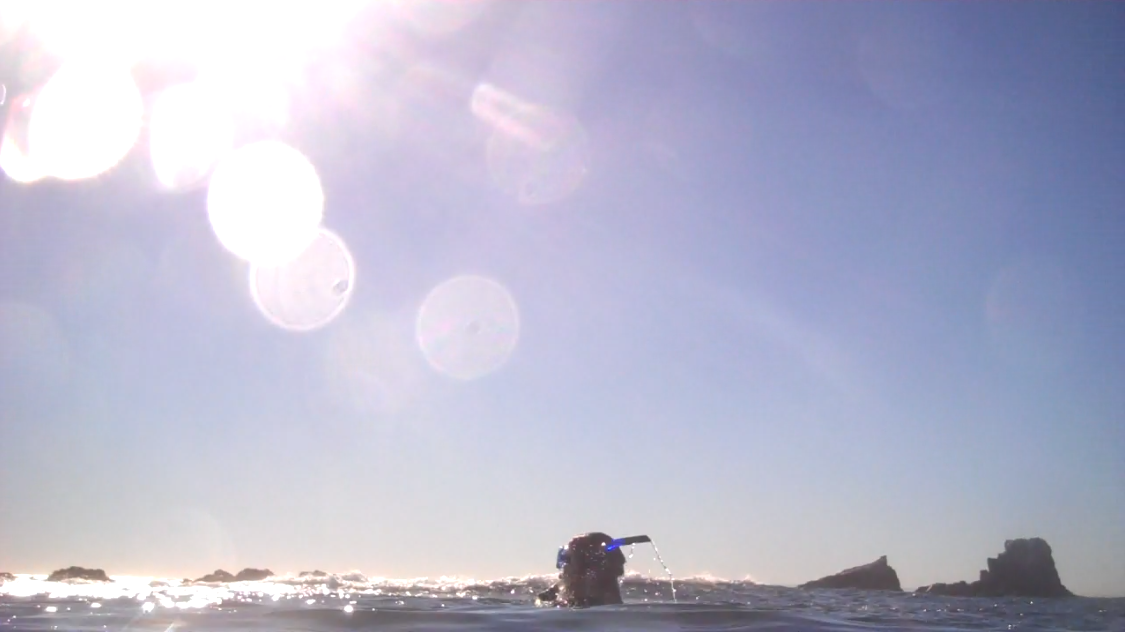 Sometimes I wonder why I travel. It’s fun, yes, and exotic, and there’s nothing like the rush of traveling down a highway with an end you don’t know. But there’s more to it than that. There’s a vital human need to see your world from another perspective, so see it in all of its smallness and all of its grace. It’s a view that is real, and honest, and achingly necessary.

The reason I travel is the same reason that I write: I want to understand as much of existence as I possibly can, and that means being honest. It means being uncomfortable, and going especially to the places that hurt. It means looking at the coastline, not from spread towels and tans, but from below the waves.

I crave barriers. I crave convergences. I crave coming together and falling apart, I crave not knowing, I crave being wrong. I want to meet the surface of the water face-first, to stare bare-eyed into true reality. And I want to share what I see.

And that is home. 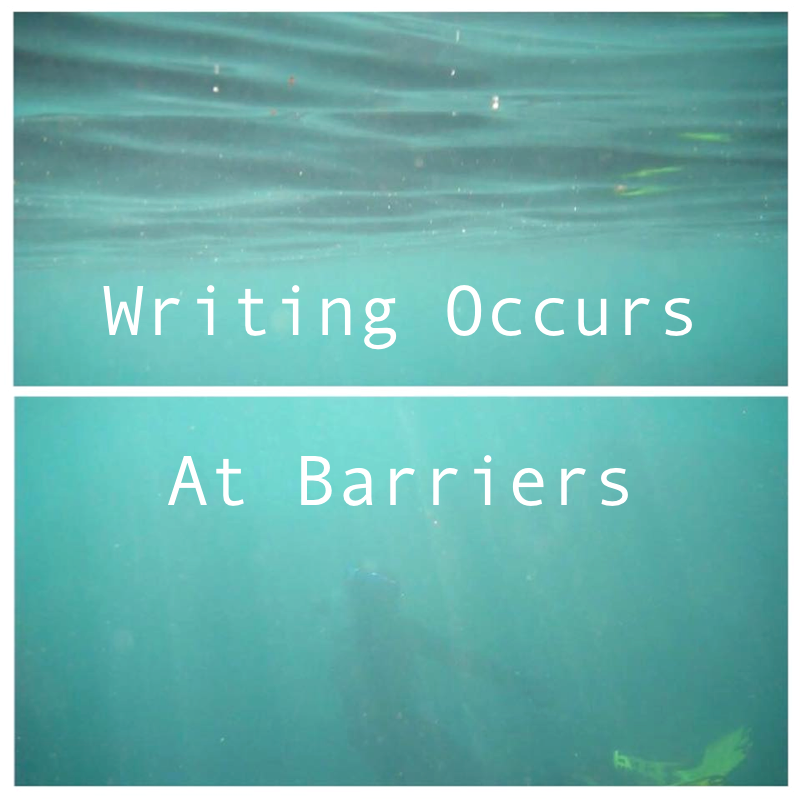 Have your own stories of culture shock? Share below!

4 thoughts on “Culture Shock and Kelp in California”